One Solution to Solve the Safety Monitoring Problems: Application Case of Thermal Cameras in the Coal Mining Industry

The coal mining operations are conducted underground in harsh environments. The production process is complex, usually faced with multiple disastrous threats such as water, fire, gas, coal dust, and ventilating duct falling. Methods such as using thermal cameras can effectively improve the intelligence and essential safety level of coal mines and reduce safety accidents in coal mines. It is vital to ensure the life safety of underground workers in coal mines and prevent major financial losses caused by device failures in China. 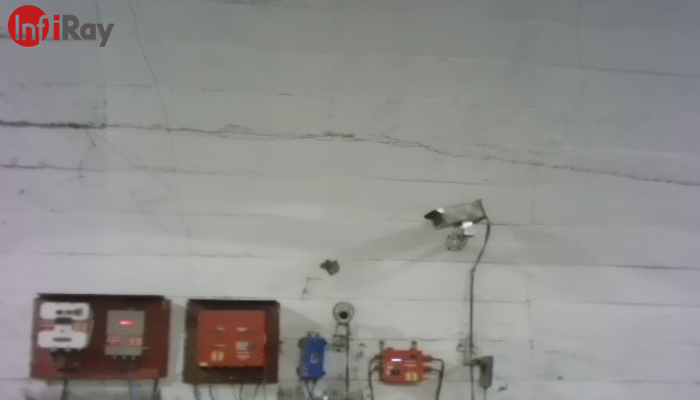 I. Existing Solution and Problems in the Coal Mining Industry

2. Traditional monitoring solution for belt ripping protection: In the traditional solution, a flip board is placed underneath the belt. When the belt is ripped or a foreign object is dropped, the flip board is flipped. The traditional method cannot provide pre-warnings before accidents. A ripped belt is already a scrap and cannot be saved, and it causes great financial losses to the customer.

A coal mine in Ningxia wants to install thermal cameras to monitor the personnel, coal transportation belt, and underground electrical devices. iRay has customized the thermal imaging solution for this monitoring need of the customer.

1. Safety Monitoring of Personnel in the Inclined Shaft Laneway 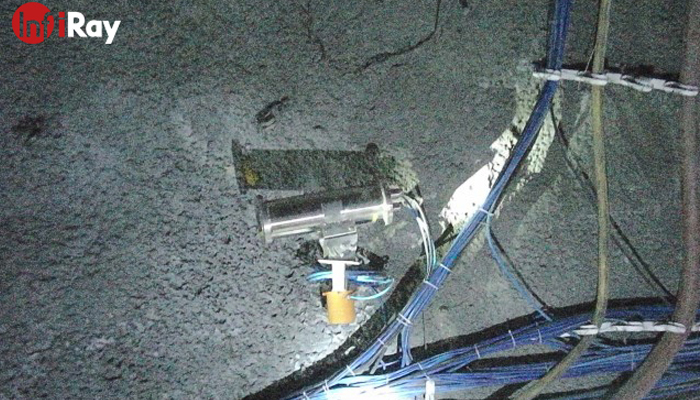 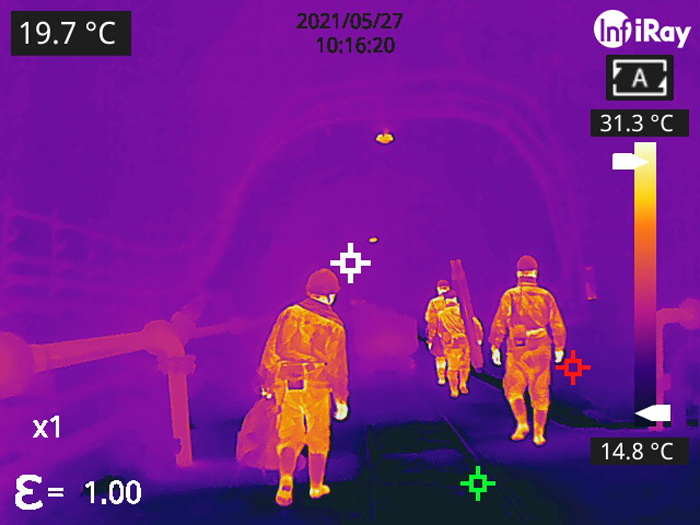 In this solution, the temperature in the zone measured by the thermal cameras is the basis for determining whether there is an intrusion. The alarm threshold is usually set to values from 22°C to 25°C. In the 2km inclined shaft laneway, a flameproof thermal camera is installed every 150 meters. If there are people or illegal operations in the configured zone, the shuttle cannot be started or is stopped through linkage, and the images of the zone where the incident occurs are uploaded for pop-up window preview of videos in the alarm zone. In addition, sound and light alarms are triggered onsite to notify remaining personnel to leave. After people leave the zone, the devices can be started normally. In this way, the principle that "shuttle moves when there are no pedestrians and stops when there are pedestrians" can be implemented to ensure the safety of personnel.

The underground shuttle is one of the devices for coal mining and laneway drilling in coal mines. When the shuttle is moving underground, thermal cameras can be used to promptly detect the temperature of human beings ahead and transmit real-time video through 4G networks to the monitoring back-end. The temperature information is used to start and stop the shuttle through linkage, implementing the principle that "shuttle moves when there are no pedestrians and stops when there are pedestrians".

3. Monitoring of the Coal Transporting Belts 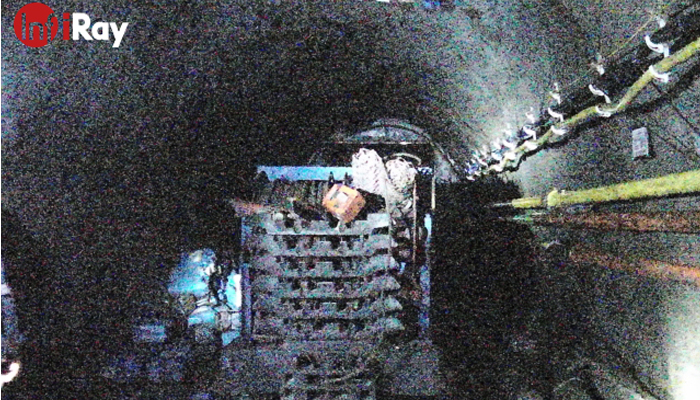 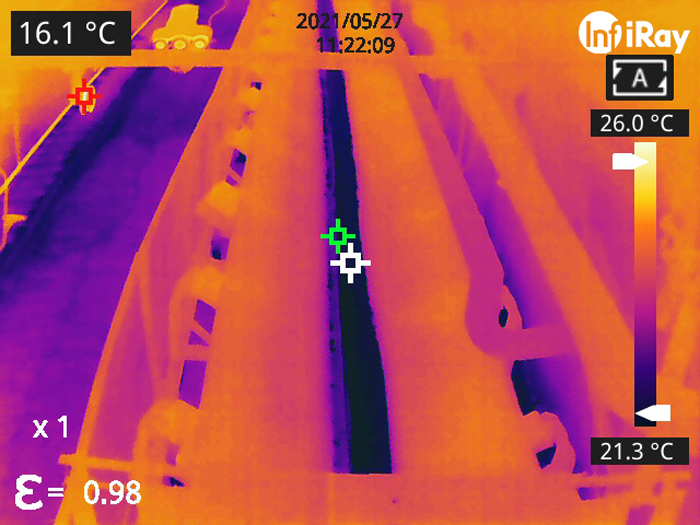 Thermal cameras are installed underneath the belt for real-time temperature monitoring of the belt. When there is a sharp foreign object on the belt, the belt will possibly be ripped. However, the temperature exception or drastic temperature rise caused by the friction between the belt and the roller will trigger the alarm device (normal belt temperature is 30°C, and the exceptional temperature of the belt is 100°C at most), to notify staff to promptly take measures.

4. Monitoring of the Electrical Cabinet 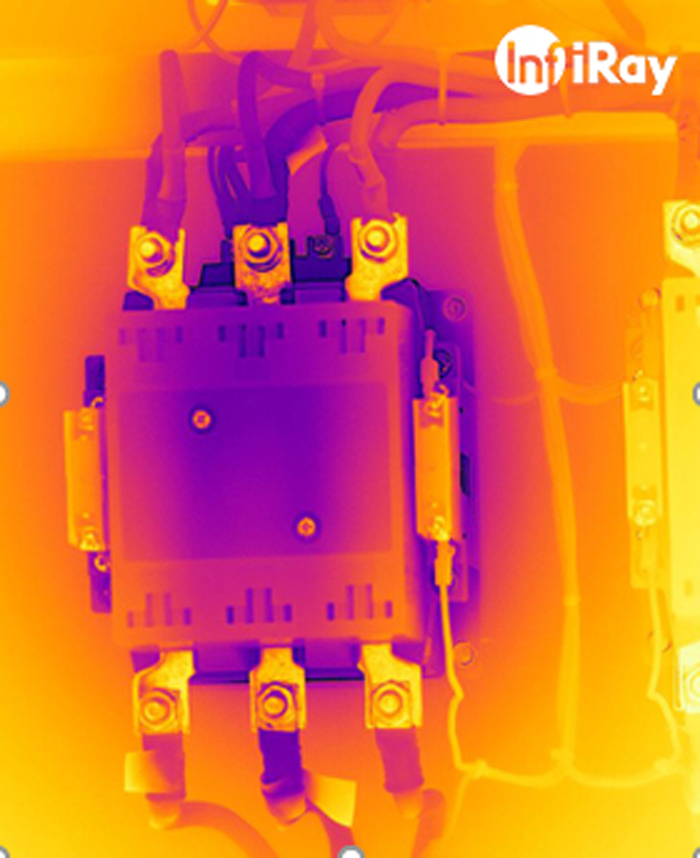 The solution measures the temperature of the power distribution cabinets of power substations at each level in the mine (underground central substation, horizontal substation, and mining zone substation).

2. Thermal imaging is passive imaging without requiring external light sources such as daylight and lamplight. Instead, the temperature difference between the target and the surrounding environment is measured for imaging. It features high contrast and a long measurement distance.

3. Thermal cameras usually operate at a wavelength of 8 to 14μm, which has a better smoke penetration than that of visible light (0.4 to 0.8μm).

4. Pop-up windows and sound and light alarms can be triggered through linkage in a prompt and efficient manner. The dual-spectrum display enables users to safely, directly, and comprehensively observe the real-time status of the belt and electrical devices, regardless of day or night.